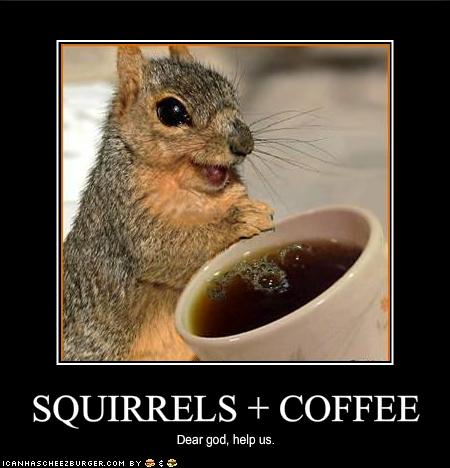 Hello there Ace users. I was wondering what I could possibly do for my next blog post since I'm still playing through the next game I have planned for "Yay, or Nay?" and I figured that I might as well talk about this stuff if only to try and help people avoid doing some of this in their games.

I guess I should also mention that I'm currently on my fifth cup of coffee, so I might end up switching back and forth between different things. Just putting that out there.

The first thing I wanted to tackle was something that I keep on seeing in Rpg Maker games and that is a lack of urgency or direction in the story. Urgency, for those uninitiated, is basically what keeps me wanting to play the game. I've played a few games lately, the most notable would be Enelysion, where the game starts off, introduces the main character, introduces some main item that is important for some reason, and them dumps me into a house where the character lives and then I'm told that I should go find someone who the character apparently gave the item to when I feel like it.

Now, I usually wouldn't have a problem with this type of thing, it can be used as a good way to setup how a character lives their lives in the world before anything insane starts happening. But with games like Enelysion it sets up this kind of thing and then proceeds to tell you jack squat. Sure there are a few characters standing around that apparently know your character, but the conversations between them and the character don't really reveal anything that interesting about the character. It takes about two hours into the game before you really start to get anything new, or interesting on the character at all.

If you're going to use this kind of opening, have characters that the main character plays off of well, or that the character has a past with and can talk about some events that they both experienced together. Something as small as a fishing accident that the main character doesn't want to talk about because it is embarrassing can give a lot of information about who they are. Just something to think about when planning out your story. And actually, another quick tip. Don't just have the NPCs around your world be completely boring. I know that isn't exactly helpful, but when I play a game and I just run into a bunch of NPCs that say nothing interesting, or don't mention events currently going on in the world then I quickly find myself rowing bored and just running past any NPCs I see. At the very least have them talking to another NPC, just something to make them seem like they aren't just a bunch of set dressing.

And while I'm still near talking about Enelysion, let's talk about direction. Enelysion unfortunately has a pretty terrible sense of direction. Almost everyone I've talked to who has also played the game has said, "Yeah. I liked the art style and the main character seemed kind of cool, but it took me about twenty minutes before I found where I was supposed to be going." The main reason for this is because all you're told about where you're supposed to go is that it's a church somewhere on the map. So you go to the actually pretty cool looking over world map and see that there is a temple looking thing to the north. That has to be the right place, right? WRONG! After that you look around the rest of the map, maybe walk into the nearby town and see if anyone says anything about the church, and of course, no one does, you go out into the overworld again and just start looking everywhere, but still don't find it. So now it's been about fifteen minutes, and you're getting a little ticked off and decide to go back to where your search started, maybe there is a clue you missed then, as you're just randomly going around the town and going up to every building and seeing if you can go inside, you find the church by accident when you go looking into a normal looking building stuffed into the north eastern part of the town. I shouldn't even need to tell you what's wrong with that whole process.

You want to know the best way to counter act this? Just tell the player where the place is. Have a character say, "you mean that place in so and so town?" or have a text box fly up saying "This place is in the north eastern area of so and so town." A lot of people I know actually ended up not finishing Enelysion because of this problem with direction. I'm actually contemplating quitting all these hours in due to lack of even simple direction.

Geeze that was a big wall of text.

Anyway. On to the next thing I wanted to talk about and that is the lack of moderation in gaming in general. As much as I admit to enjoying Call of Duty Ghosts is does have this problem of never bringing us down to relax and feels the need to constantly throw larger and larger events at us every freaking mission. We start the game with a pitched gunfight in space God's sake and it only gets more and more over the top from there the apex of which I still think is sliding out of a collapsing skyscraper while having a pitched firefight with enemies who are also falling out of the skyscraper until eventually you pull out a parachute that you had for some reason and happily gliding away as the skyscraper levels an entire block.

It was exciting, I'll give it that, but it would have been much more exciting if it was preceded by the previously mentioned space fight, running through an area that is being bombed from orbit, stealthing around the grass as a dog (No. Seriously that happens.), attacking an enemy big with several exploding trucks and defending an american base against an entire enemy fleet with nothing but a few drones and a machinegun.

On paper this makes it sound like the game will never get boring and only become more exciting as it continues, but in practice it just makes the big set pieces become less special, and by extension, less interesting.

Let's look at another game in the CoD series for how you do this right. Call of Duty 4 Modern Warfare. This game is probably one of my favorite shooters from the past decade and the reason being that it made all of it's big set pieces feel special by not making them happen every three minutes. And while the game does open with you sinking a massive ship in the pacific it immediately follows this up with simple ground assaults, stealth missions, defending certain objectives and then suddenly a character you've been playing as for most of the game, along with several thousand american troops, are wiped out in a freaking nuclear explosion where your helicopter crashes and you are forced to play as that character as they slowly die from a combination of radiation and blood loss which still ranks up in top 10 lists the world over because the game didn't have big set pieces like that all throughout the game. (I would have spoilered that part, but honestly if you haven't heard of the nuclear scene from this game then what rock are you living under?) It actually felt important and was even shocking to have something like that happen because the game had gotten you into the feel of taking out baddies in small engagements.

Now this isn't something that is only a problem with set pieces, I've always said that swearing is over used in gaming today because people seem to think the only way to sound mature is to shout fifteen swears in a conversation about the weather. I personally think that swears should be treated like an exploding building, in that you shouldn't use it too much, or it will, like the Ghost example above, just become repetitive and boring. And when you finally have some kind of moment where the character swears out of rage at some great tragedy it will be completely lost on us, because they've been swearing since the first line of dialogue and people will just be wondering when the scene is going to end so we can get on with the story. That isn't to say that you can't have a character that swears a lot, like a mercenary, or some washed up bitter hero, but you have to justify it because no one starts a conversation by saying, "Hey, you! Yeah you, F***bend! How're you doing?" nor do they say the word sh*t thirty times within half that many minutes unless they happen to be a plumber.

I guess that's really all i had to ramble about today. Just a bunch of complaining about things that annoy me really. Eh. Hope you found it funny at least.