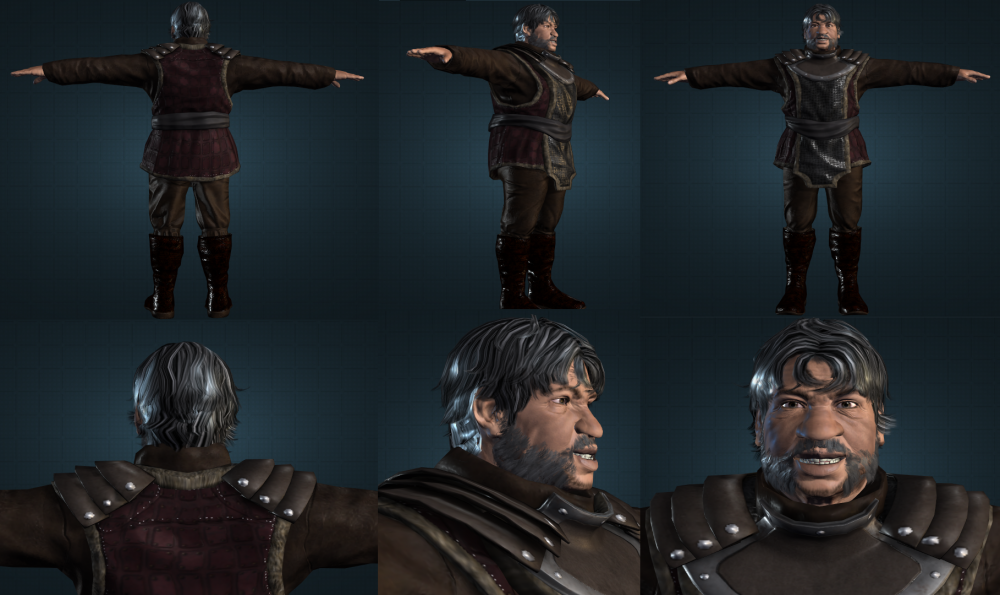 This is the old Dwarven member of the Phoenix Warriors who is in charge of Theran's training as a member of the organization. Basically this is what the one telling Theran the story should look like. He doesn't yet have a name.

I would prefer to use this fellow for the FaceRig competition, but since it is a completely custom model instead of an edit of a pre-rigged avatar I need to rig it first, and since I have never rigged a model before I have to learn how first so there is no way I can make the deadline using him. I used "Mixamo Fuse" to make him, it has been acquired by Adobe and they are marketing the new version, but the old version is free and on Steam. You can use an "autorig" function on their site, but it kept messing up his chin since his neck is so short, it kept anchoring the point of his chin on his chest so it stretched when he turned his head instead of moving properly. Therefore I will be sticking with that edited FaceRig avatar I showed in the last blog entry.