So, I've hit yet another roadblock, and I've no clue how to go around it.

I don't have the endurance to stress over these, so if this is something I'm forced to solve on my own, Ramsey v0.1.5 is as far as this goes, and will be the last RM project I do any level of serious work on. It's too much for me to try to create something that I cannot fit into a lacking skill set.

Okay, so you're wondering what the issue is, and why I didn't post this in the RGSS boards.
The latter reason is that I need to talk about this in an open fashion and I can't do that without reprimand in the RGSS board.

The issue:
So, I've used Moby's Sprite Bugfix that makes it so that sprites taller than 32 px aren't affected stupidly by Star Passability tiles.
I've already made one fix that doesn't take screen tone into effect (made an extra viewport and switched around some viewport functions), but now I've run into one more.

I had tried several ways to make it not do that, even trying to make it draw over the player sprite if the Y COORDINATES OF THE PLAYER SPRITE WERE LESS THAN THE EVENT AND THAT THREW ERRORS DESPITE USING $GAME_PLAYER.Y AND $GAME_MAP.EVENTS[@EVENT_ID].Y WHICH ARE ALREADY DEFINED BY THE CLASS GIVEN.

So, I asked dearest love @Kayzee for aid, and...naught. She gave an idea to make the events in question Below Characters which not only doesn't help, but gives them Through flags to boot. These door events may as well be guillotine events! 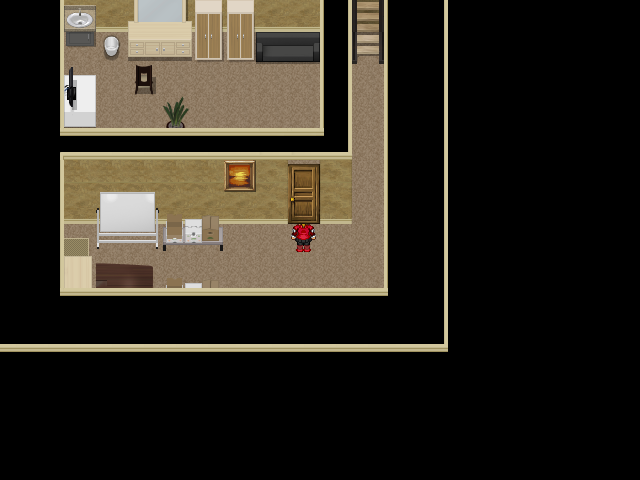 So, am I going to get some help here!? Or, do I let Ramsey's deadbeat father kill her instead!?!?