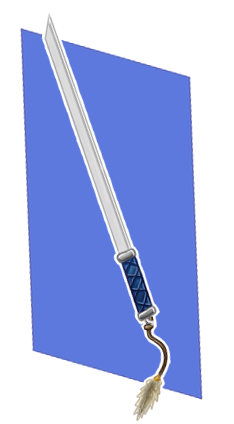 Growing up in a loving enviroment, Kioshi and his family were living normally.

After the Enforcement group took over the city however, Kioshi's family and friends had to go into hiding as the Enforcers began terminating any rebellious citizens.

During this period, Kioshi's father and many other brave citizens tried to infiltrate and assassinate and leader of the group but failed and were either killed or captivated. Kioshi's father was the former.

After forming a rebel group, Kioshi and friends grew up into fighters and protectors of the remaining people. During all this, Kioshi's mother had fallen terminally ill and medicine became sparse.

After several failed attempts at taking the city back, Kioshi decided to leave the city in search of help. He took his father old sword and left during the night and began his search for allies and to better his own skills, leaving his mother in the care of his friends.

He attached a feather to the handle as a memory of his family and friends back home.