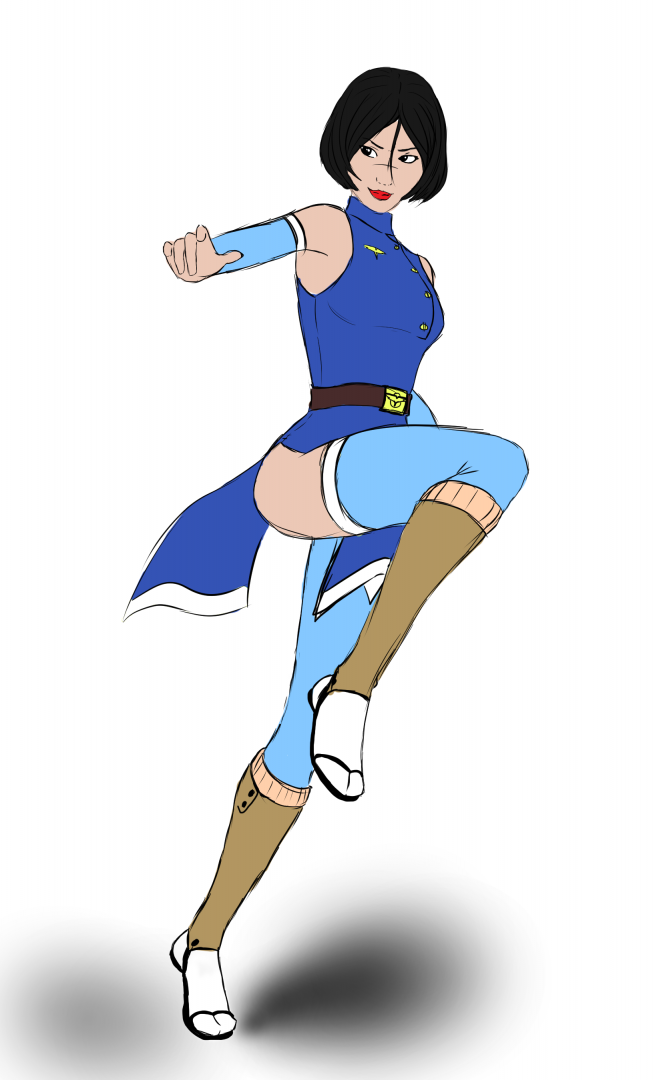 "Blue Star" Yangtze's on-base attire. Yangtze is a top fighter pilot in the Eastern Wind Company, an international Squadron for hire. I wanted her to wear a uniform akin to a Qipao, albeit heavily modified that would allow far greater ease of movement than the skirts of the 1920-30s era. Another prime reason for her overt feminine appearance is to contradict the expectations of the general public who believe that the heroic "Blue Star" is a man, no thanks to the ill-informed press. Probably going to remove the cherry-red lipstick and just keep it in 'le nu'.