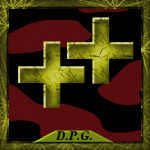 Game of the Month Description and Question Thread